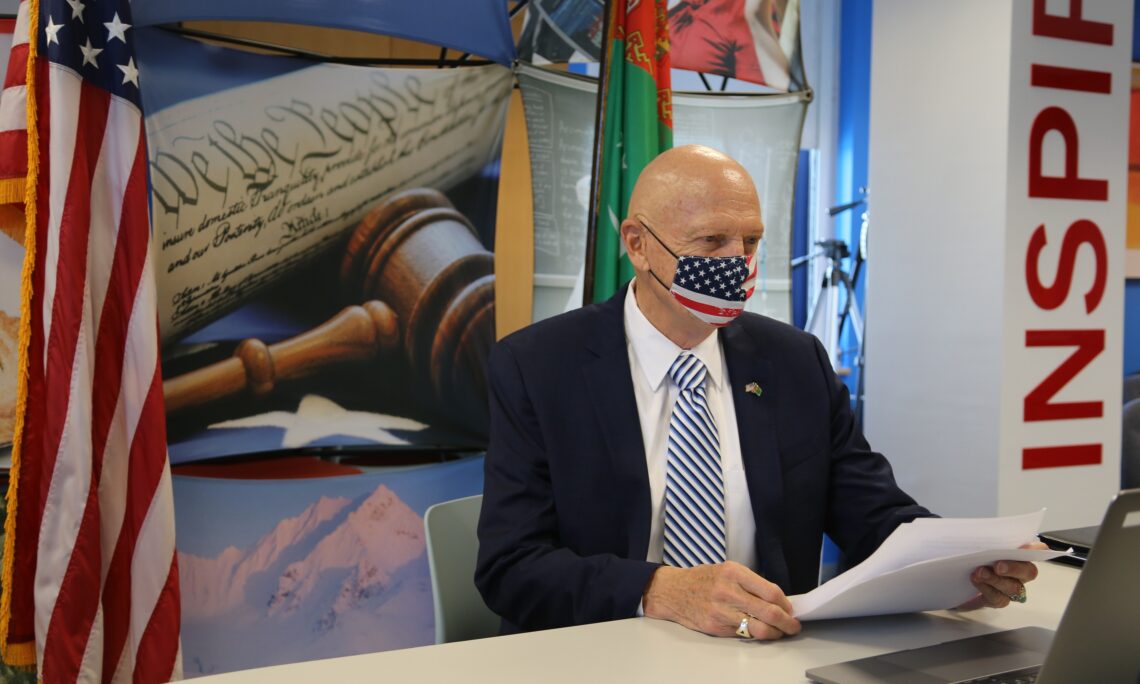 Ashgabat, August 25, 2021 – Today, U.S. Ambassador to Turkmenistan Matthew Klimow and Director of the National Department of Protection, Research, and Restoration of Historical and Cultural Sites of Turkmenistan Dr. Muhammet Mamedov announced the recipient of a new grant from the Ambassadors Fund for Cultural Preservation (AFCP) during a ceremony, held online.

A joint project between the University of Texas at San Antonio (UTSA) and the National Department of Protection, Research, and Restoration of Historical and Cultural Sites of Turkmenistan aimed at preserving the 12th century Hudaynazar Mausoleum near the city of Bayramaly will receive support from the Fund. In addition to the conservation efforts, the project will incorporate sustainable tourism principles and support the development of the tourism infrastructure in the surrounding community.

“I am pleased to note that this project will be implemented jointly by the National Department of Protection, Research, and Restoration of Historical and Cultural Sites and the University of Texas at San Antonio in the United States. The two organizations will work together to preserve this beautiful 12th century monument that represents a superb example of Seljuk-era architecture. Not only will this grant preserve the Hudaynazar historical site for generations to come and create an opportunity for an exchange of experience and expertise between U.S. and Turkmen conservation experts, but it will also build a partnership between the two exceptional organizations. The AFCP program makes it possible for us to build partnerships for Turkmenistan’s future by working together to preserve Turkmenistan’s past,” Ambassador Klimow noted in his opening remarks.

The Ambassadors Fund for Cultural Preservation is a grant program established by the U.S. Department of State at the request of Congress. Since its inception in 2001, AFCP has supported over 1,000 cultural preservation projects in more than 130 countries worldwide. The grant for the conservation of the Hudaynazar Mausoleum marks the 29th AFCP grant awarded to Turkmenistan.

For all media inquiries, please contact the Public Affairs Section of the U.S. Embassy in Turkmenistan at USEmbassy-Ashgabat-PAS@state.gov