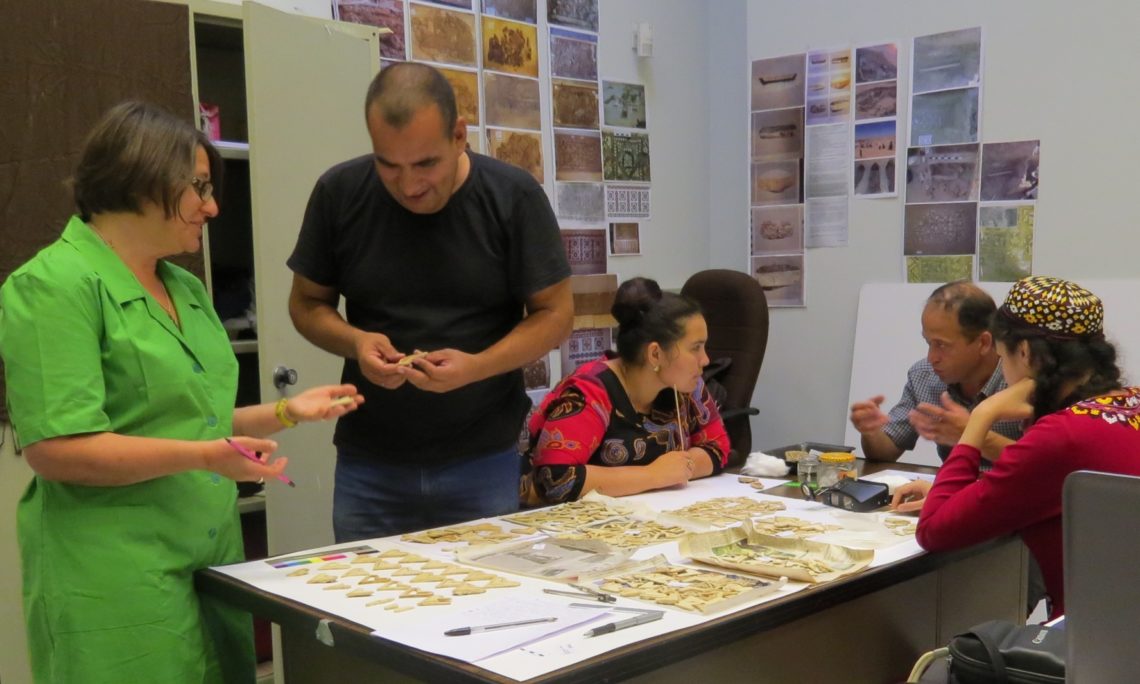 The United States has further strengthened ties with the people of Turkmenistan by giving an ambassadorial cultural preservation grant for the Gonur Depe project.  On September 15, 2015, U.S. Ambassador to Turkmenistan Allan Mustard will officially award the 2015 Ambassadors Fund for Cultural Preservation (AFCP) grant to the Fine Arts Museum of Turkmenistan.  Worth $98,250, the grant will be used to support study, conservation, partial restoration, and reconstruction of a monumental mosaic décor of the underground burial chambers of a Bronze Age monument (2300-1600 BC) of Gonur Depe, Turkmenistan.

Over the past 15 years, the U.S. Government has supported 23 projects in Turkmenistan – the most for any country in the world – to preserve historically important cultural sites and objects through AFCP awards cumulatively worth more than $1.4 million.

Established by the U.S. Congress in 2001, AFCP is an annual competition administered by the U.S. Department of State, which aims to assist countries in preserving their cultural heritage.  AFCP supports the preservation of cultural sites, cultural objects, and forms of traditional cultural expression in more than 100 countries around the world. AFCP-supported projects include the restoration of ancient and historic buildings, conservation of rare manuscripts and museum collections, preservation of important archaeological sites, and the documentation of vanishing traditional craft techniques and indigenous languages.

The award ceremony will take place at the Institute of History of Turkmenistan on Tuesday, September 15, at 15:00.  For more information about this event and other AFCP projects, please visit the U.S. Embassy Information Resource Center or call 47-35-03 (1).