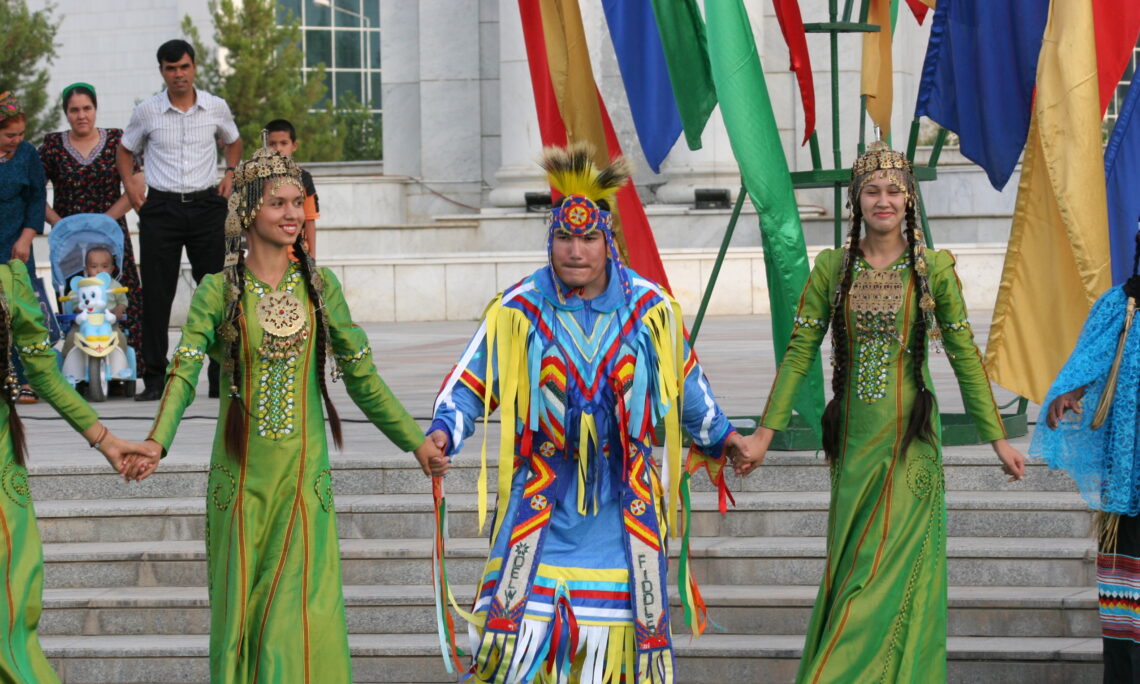 On July 25, 1990, Mayor Louis Saavedra of Albuquerque and Mayor Amangeldi Bayramov of Ashgabat signed the Sister Cities Protocol. Since then, the people of the two cities have participated in many exchanges to promote information technology development, connections between U.S. and Turkmen businesses, and the protection of both cities’ environmental and cultural riches. Over these 30 years the two sides have participated in exchanges of traditional Native American dancers, Flamenco performers, regional artists, water engineers, and many other mutually beneficial programs.

Since the first American and Turkmenistani teachers met three decades ago, hundreds of citizens of the two countries have collaborated, exchanged views, and learned more about each other’s home cities. “Many relationships have been established between families in both cities with warm and generous hospitality on both sides,” said Alana McGratton, Ashgabat chair for the Albuquerque Sister Cities Foundation. “We hope that this special opportunity continues with plans for more exchanges into the future.”

The people of both cities have many goals in common, making their Sister City relationship strong. Through the Sister City program, Ashgabat and Albuquerque have exchanged and preserved their common cultural values, including carpet and jewelry making, horse riding, and family traditions. Another commonality that unites the cities is their important archaeological heritage.

“The Albuquerque-Ashgabat Sister Cities partnership embodies all of the best aspects of the United States-Turkmenistan relationship—openness, innovation, and fruitful cooperation among our people,” commented Ambassador Matthew S. Klimow. “We are grateful to the Government of Turkmenistan, the Ashgabat mayor’s office, and most of all the many Turkmenistanis who have participated in our exchange programs for sustaining this partnership and allowing it to grow and prosper.”

The International Sister Cities program was established in 1956 to encourage people-to-people relationships through connections between citizens. A total of 1,800 cities, states and counties are partnered in 138 countries around the world. The organization “strives to build global cooperation at the municipal level, promote cultural understanding, and stimulate economic development.”

In Turkmenistan, the U.S. Embassy’s American Spaces in Ashgabat, Dashoguz, Mary, and Turkmenabat offer a chance to learn more about Albuquerque and the Sister City relationship, including about educational and business opportunities in Albuquerque.