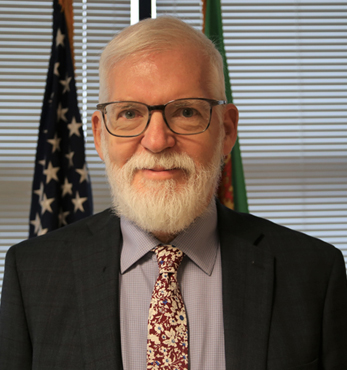 Stephen Guice is a career Foreign Service Officer with the U.S. Department of State. He most recently served as Public Affairs Officer in U. S. Embassy Ashgabat. Prior to that he served as Head of the Policy Office of the Bureau of Educational and Cultural Affairs. His previous assignments include Baku, Tbilisi, Manila, and Almaty, as well as the Deputy Director of Press and Public Diplomacy in the Bureau of South and Central Asian Affairs in Washington D.C. Prior to joining the Department of State, he worked in Academia, teaching Linguistics and English as a Second Language.

Stephen Guice has a Ph.D. in Linguistics from Michigan State University and served as a Senior Fulbright Lecturer in Iasi, Romania from 1994-96. His father was also a Fulbright Scholar and Stephen lived in Peru for six months as a child. He has always been interested in foreign languages and international travel. Dr. Guice speaks Russian, Azerbaijani, Georgian, Romanian, German, and French. A proud native of Detroit, Michigan, Stephen and his wife have fifteen children and thirteen grandchildren.