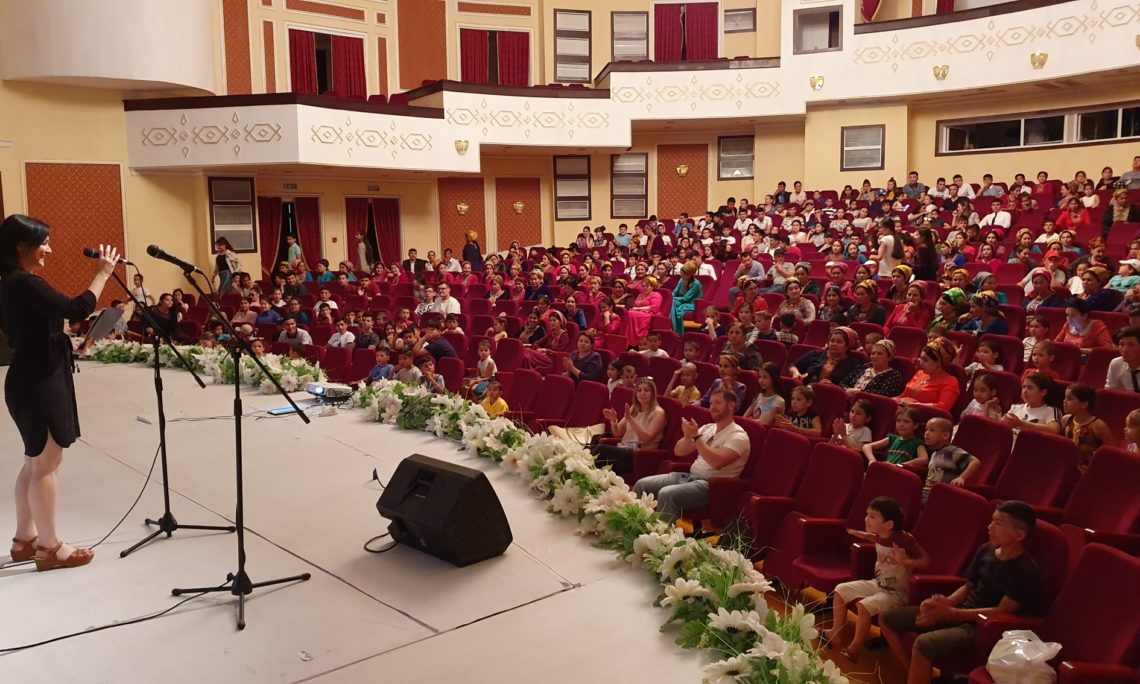 Ashgabat, June 20, 2019 – On June 16, the U.S. Embassy concluded its annual Summer Film Screenings. More than 4,500 people attended film screenings at theaters in Turkmenabat, Mary, Ashgabat, Dashoguz, Balkanabat, and Turkmenbashy. The Summer Film Screenings ran from June 1 to June 16 and showcased three recent American blockbusters about space, in honor of the 50th anniversary of the Apollo 11 lunar mission. The films were accompanied by a photography exhibition on “The Science and History of Space Exploration.”

“We are grateful to the Ministry of Foreign Affairs, the Ministry of Culture, and the staff of the Ashgabat Cinema for helping to make this film series a success,” stated U.S. Embassy Deputy Chief of Mission Andrea-Brouillette-Rodriguez. “These semiannual film screenings are just a few of the many cultural programs that the U.S. Embassy in Ashgabat offers.”

For more information about this program, please contact the Public Affairs Section of the U.S. Embassy in Ashgabat at 47-35-06 (1) or e-mail AmericanCenterAshgabat@state.gov.