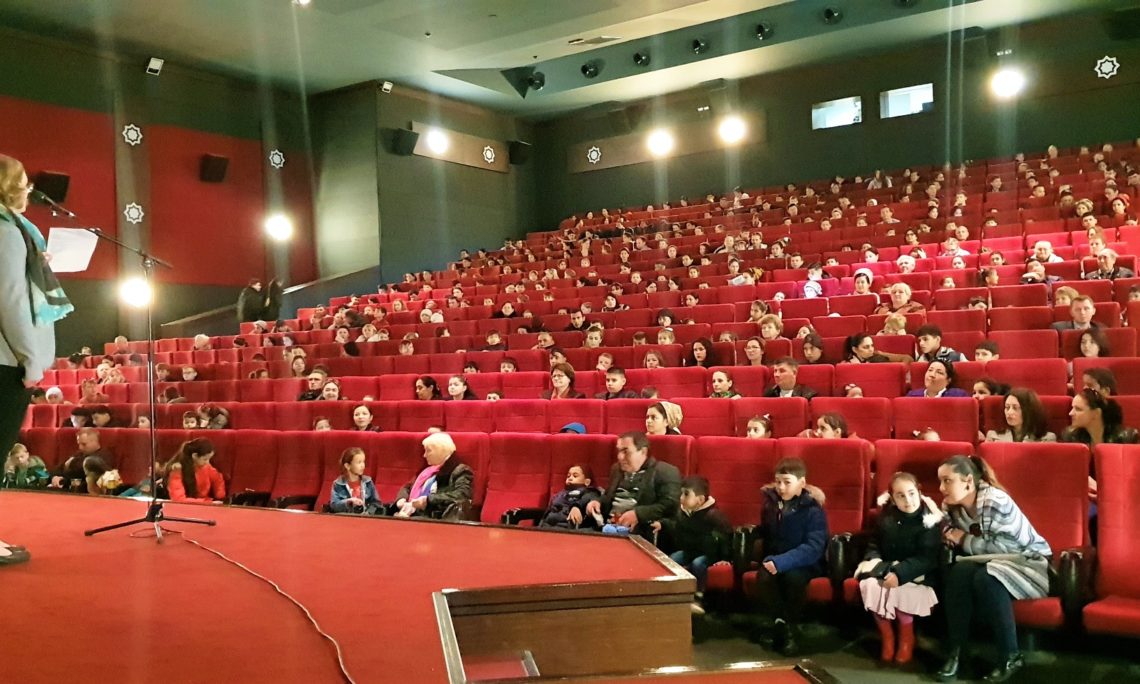 More than 9,000 people attended the U.S. Embassy in Ashgabat’s 2019 Winter American Film Screenings, held in six cities across Turkmenistan. The Embassy selected and showed three films with strong African-American characters—animated films The Princess and the Frog and Home and superhero film Black Panther — in honor of Black History Month (BHM), which is celebrated every February in the United States. The U.S. Embassy showed the films on February 9 in Mary; February 10 in Ashgabat and Turkmenabat; February 15-17 in Balkanabat and Turkmenbashy; and February 24 in Dashoguz. Ambassador Allan Mustard and Deputy Chief of Mission Andrea Brouillette-Rodriguez opened films in Ashgabat and several regional cities. The U.S. Embassy in Turkmenistan provides a broad range of cultural programs to strengthen mutual understanding and bilateral relations between Turkmenistan and the United States of America, in cooperation with the Ministry of Foreign Affairs and the Ministry of Culture. The U.S. Embassy’s annual film screenings have delighted Turkmen audiences for over 10 years, providing an opportunity for Turkmen citizens to learn about American life, values, and culture through blockbuster American films. All screenings are free and open to the public.