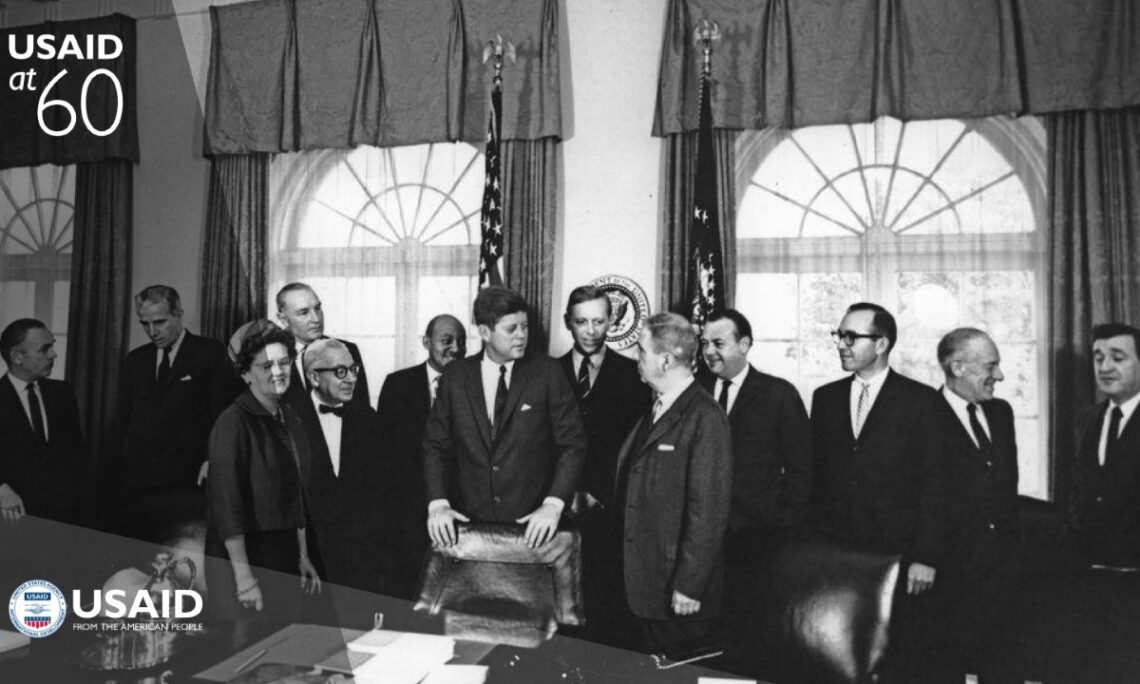 Ashgabat, Turkmenistan: On November 3, the U.S. Agency for International Development (USAID) commemorates a major milestone, marking 60 years since it was founded by President John F. Kennedy. USAID’s Regional Mission Central Asia joins a global celebration to mark the Agency’s 60th anniversary. For six decades, USAID has built its reputation as the world’s leader in international development by partnering with countries around the world to strengthen communities and improve lives.

In more than 100 countries around the world, USAID’s team and partners work together on development and humanitarian projects that help save lives, reduce poverty, strengthen democratic governance, and improve health, education, and economic prosperity.

Since 1991, USAID has been a steadfast partner of the countries of Central Asia. Today, USAID works closely with Kazakhstan, the Kyrgyz Republic, Tajikistan, Turkmenistan, and Uzbekistan’s governments and people. USAID supports a stable and prosperous Central Asia that is free to pursue political, economic, and security interests on its own terms, with partners of its choosing; a Central Asia that is connected to global markets and open to international investment; and a Central Asia with strong, democratic institutions, rule of law, and respect for human rights.

Administrator Samantha Power will deliver a speech outlining her vision for global development and her priorities for her tenure. For more information, visit the USAID/Central Asia website and USAID/Central Asia’s Facebook page.